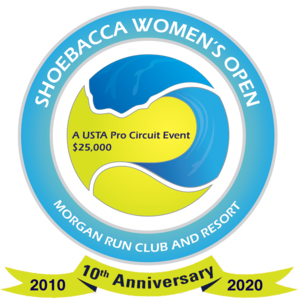 Pam and Janson Hartman discussed the upcoming 2020 Shoebacca Women’s Tennis Open that will be taking place at Morgan Run from February 24 to February 29. Fans can see the next great generation of women tennis players in action. In 2017, recent Australian Open champion Sonia Kenin played 2019 the US Open champion Bianca Andreescu.

The $25,000 Shoebacca Women’s Open will showcase young rising Americans among an international field of touring professionals.

The $25,000 Shoebacca Women’s Open in February will showcase young rising Americans among an international field of touring professionals. The tournament, a United States Tennis Association Pro Circuit event, will feature top local players as well. Admission for spectators and on-site parking will be free each day.

To learn more about Shoebacca Women’s Tennis Open listen to the show (below) and visit the website www.shoebaccawomensopen.com