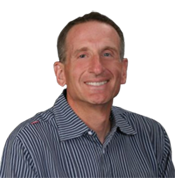 Richard Muscio is a CPA who works with Family Offices, specializing in risk mitigation and saving time by utilizing a vast and vibrant network of complementary resource providers.

Richard is also the co-founder of the Move Your Feet Before You Eat Foundation and the O’side Turkey Trot. The O’side Turkey Trot was named one of the top five Thanksgiving morning charity events in the USA by the Los Angeles Times in November 2017. The Foundation focuses on healthy eating and everyday physical activity in Oceanside public schools while promoting inclusion and diversity.

To assist in getting these important messages into the public domain, Richard is the host of It’s Your Business!, a radio show on AM 1170 KCBQ THE ANSWER. This is the country’s only “wealth” show that never discusses money but rather focuses on topics like health, knowledge, relationships, community involvement, and philanthropy. The show and its predecessor, It’s Your Money and Your Life! have won 21 San Diego Press Club awards over the last five years. Guests include George Takei, Dick van Dyke, the late Don Rickles, Dr. Irwin Jacobs — co-founder of Qualcomm, Dickie Smothers, Michael Dukakis, Billie Jean King, the late Dick Enberg, Debbie Marriott, Dr. Steven M.R. Covey, Bill Lerach, Ann Meyers Drysdale, Michael Franzese, and Shari Arison.

Richard is also the best-selling author of So, What’s Your Play? How Billie Jean, Bobby and Blindness Begat Tolerance. Ranked #1 on Warwick’s best-seller list in February 2014, So, What’s Your Play? recounts Richard’s experiences as Bobby Riggs’ 14-year old scrapbook maker during the famous Battle of the Sexes tennis match against Billie Jean King at the height of the Women’s Liberation Movement in 1973.

Ricard also received IMDb credits for his participation in the award-winning documentary The Battle of the Sexes by New Black Films (2013). The Batte of the Sexes was subsequently adapted for the PBS series of American Masters, winning an Emmy award in 2014, with further adaptation into a feature film by the same name in 2017 starring Emma Stone and Steve Carell.

Richard is a long-distance endurance runner and tennis player for fun. His hero is Billie Jean King. He has been married to Mari for 31 years, and they have three children: Evan (27), Mia (25) and Demi (21).

Due to the extraordinary circumstances of COVID-19 and the related studio constraints, I am recording a new podcast with my daughter, Demi called Demi & Dad

This autobiographical book is a narrative about “The Battle of the Sexes” and “The Mother’s Day Massacre” tennis matches through the eyes of his young scrapbook maker, Richard Muscio.