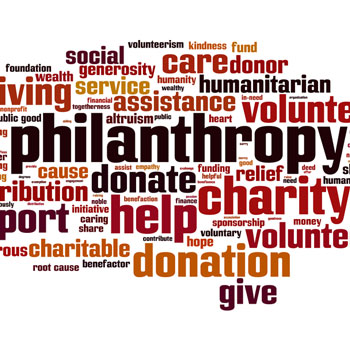 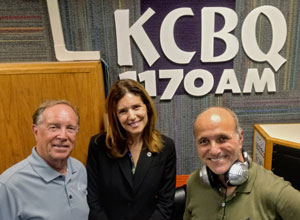 Bob Kelly
Robert (Bob) Kelly was President & CEO of The San Diego Foundation for 20 years from 1994 until his retirement in 2014. In his tenure, the Foundation’s assets grew from less than $90 million to more than $660 million. Prior to joining The Foundation, Kelly was noted for his 15-year career with the American Cancer Society in San Diego and Southern California, and five years with Sharp Health Care, where he served as Assistant to the President and Senior Vice President and also Chief Operating Officer for the five Sharp Health Care Foundations.

A longtime San Diego resident, Kelly attended the University of California, San Diego, earning a BA degree in communications. He and his wife, Deborah, have two college-age sons, Kris and Ryan, and live in the Point Loma area.

Adrienne Vargas
Adrienne Vargas has more than 25 years of development experience. She started her career as a student at Fordham University where she called alumni asking for donations. She then worked in annual giving for Harvard University before becoming a development officer for Grossmont Hospital Foundation. After six years at Grossmont Hospital Foundation, Adrienne was recruited by Bob Kelly to join The San Diego Foundation, where she worked for 20 years in a variety of roles, including overseeing human resources, the volunteer program, the San Diego Women’s Foundation and donor relations. Last October, Adrienne joined San Diego State University as the Associate Vice President of Development.

Share:
Bridging the Gap Between Traditional and Cannabis Medicine with Elisabeth Mack, RN, MBA
Astrophysicist and Author Dr. Brian Keating Talks About the “Big Bang” and Beyond