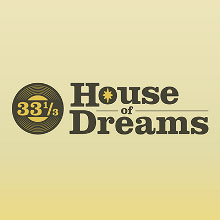 Filling in for Richard, Joe Vecchio interviews Brad Ross and Jonathan Rosenberg, co-writers of 33 1/3 – House of Dreams playing at the San Diego Repertory Theater’s Lyceum Stage from August 1 through the 25th. They reveal the interesting of details of the studio’s operation when some of the most influential artists of the era created their new and innovative sounds, as well as the work, require to bring such a complex production to the stage.

Brad Ross’s father, Stan Ross, was lead engineer and co-founder of the legendary Gold Star Recording Studios. In Hollywood for 33 1/3 years, Gold Star was the birthplace of some of the greatest pop and rock hits of all time. Phil Spector and his Wall of Sound, The Beach Boys, Sonny and Cher, Tina Turner, The Righteous Brothers, Ritchie Valens, Herb Alpert, Joan Jett, The Ramones — and many more — recorded at Gold Star.

33 1/3 – House of Dreams will run August 1 – 25, 2019, at the San Diego Repertory Theater’s Lyceum Stage and tells the story of the legendary Gold Star Recording Studios. Written by local San Diegans Jonathan Rosenberg and Brad Ross, with additional contributions by Steve Gunderson and Javier Velasco, the debut production chronicles the success of Gold Star Recording Studios through the history of rock ‘n’ roll. You won’t believe the 30-song playlist, which includes rock n’ roll classics such as “Summertime Blues,” “La Bamba,” “Good Vibrations,” “Be My Baby,” “Unchained Melody,” “Wouldn’t It Be Nice” and, yes, even “In A Gadda Da Vida.” It was difficult to limit the show to only 30 songs given that Gold Star Studios recorded 120 top 40 hits. 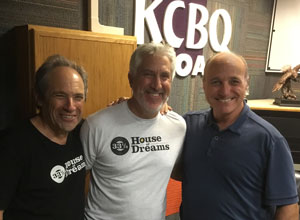 To learn more about The Gold Star Studio listen to the show (below) and be sure to attend the production at the San Diego REP for a rockin’ good time.

The show was honored with five awards at the San Diego Press Club Awards on October 29th. Host Richard Muscio swept the Radio/Podcast: Specialty Reporting-Series category with first, second and third place awards for his series of shows focusing on tennis, professional tennis, and rise of professional women’s tennis.