Childhood Obesity and the US Open Tennis Tournament 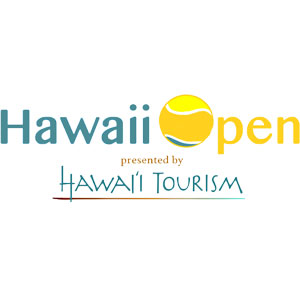 Following up on last weeks show. Richard talks about the San Diego Childhood Obesity Initiative who will be a future guest of the show.

The San Diego County Childhood Obesity Initiative (COI), facilitated by Community Health Improvement Partners, has become recognized nationally as a model public-private partnership focused on obesity prevention. From 2005-2010, the collective efforts of the Initiative’s over 200 partners contributed to a 3.7% decrease in childhood obesity rates in San Diego County at a time when many California counties saw increases. He discuss their 5210 intiative, something we could all use to increase our healthly lifestyle

Then Richard discusses his trip to the US Open Tennis Tournament and an insight into what it is like to attend the Open. His clients Elise Mertens and Aryna Sabalenka won the US Open women’s doubles championship! And the US Open singles champion Bianca Andreescu announced at the US Open that she will be playing in The Hawaii Open which Richard’s wife Mari is co-owner. The Hawaii Open presented by the Hawaii Tourism Authority is a three-day professional tennis tournament held December 26-28, 2019, in beautiful Honolulu, Hawaii.

Now in its fourth year, the Hawaii Open tennis tournament began as a Women’s Tennis Association (WTA) 125K Series Event. Thanks to the strong support of the community in Hawaii and beyond, the tournament was proud to include a men’s singles tournament for the first time in 2018. The Hawaii Open currently serves as an internationally televised invitational to kick off the new tennis season, bringing together the Hawaii community and attracting fans from around the world to celebrate great tennis in downtown Honolulu.

To learn more about the San Diego County Childhood Obesity Initiative and the US Open Tennis Tournement listen to the show (below) and visit the Childhood Obisety website: sdcoi.org. and the Hawaii Open website:hawaiitennisopen.com.