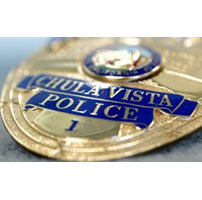 Richard welcomes cold case detective Robert Condrad to discuss his investigations in to cold cases and how DNA technology and advances in DNA testing have advanced the solving cold cases. They also discuss the Helen Roscoe case, still unsolved, which has surprising personal ties to Richard.

Robert (Bob) Conrad was born and raised in San Diego. After a career in Navy he joined the Chula Vista police department in 1969 and retired in 1995 as a Sergeant and Detective. He was brought back in 2001 to work cold cases. Since then, he has helped solve the previously unsolvable, including the 1991 Laura Arroyo case involving the slaying of a 9-year-old girl. The Arroyo investigation and his probe into the 1995 murder of Pamela Shelley were featured on A&E’s “Cold Case Files.” He also solved the murder of Anita Marie Carrier, Conrad’s first homicide case as a young detective.

Conrad is quick to attribute the ability to put many of these cases to bed to good laboratory work in which evidence was collected and preserved well. “Good lab people — that’s important” he said. Updated methods of DNA identification and fingerprinting help him solve cases that chilled years ago. Likewise, detectives who worked on the cases when they were fresh also play a hand in later success.

LEADS FEW, BUT SEARCH FOR KILLER GOES ON