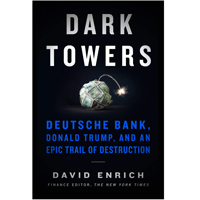 David is the Finance Editor at the New York Times. He previously was the Financial Enterprise Editor of the Wall Street Journal, heading a team of investigative reporters. Before that, he was the Journal’s European Banking Editor, based in London, and a Journal reporter in New York. He has won numerous journalism awards, including the 2016 Gerald Loeb Award for feature writing. His first book, The Spider Network: How a Math Genius and Gang of Scheming Bankers Pulled Off One of The Greatest Scams in History was short-listed for the Financial Times Best Book of the Year award. 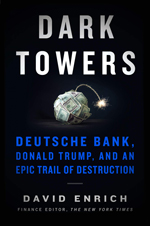 In Dark Towers, award-winning journalist David Enrich reveals the truth about Deutsche Bank and its epic path of devastation. Tracing the bank’s history back to its propping up of a default-prone American developer in the 1880s, helping the Nazis build Auschwitz, and wooing Eastern Bloc authoritarians, he shows how in the 1990s, via a succession of hard-charging executives, Deutsche made a fateful decision to pursue Wall Street riches, often at the expense of ethics and the law. The story of Deutsche Bank is intertwined with that of Donald Trump: his businesses, his bankruptcies, his relationship with Russia, and his unlikely ascent to the presidency. It is a tale that will be bursting into the headlines in the weeks ahead, as the Supreme Court hears oral arguments on whether the bank must hand over its extensive Trump files to congressional investigators – and, by extension, the public. 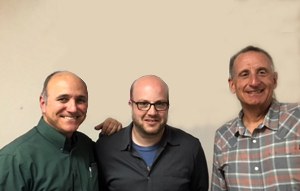 To learn more about “Dark Towers: Deutsche Bank, Donald Trump, and an Epic Trail of Destruction” listen to the show (below) and to buy the book go to Amazon