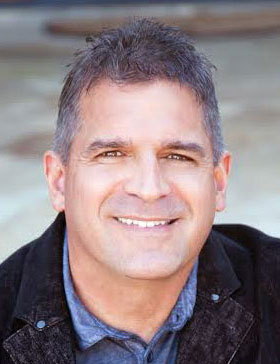 Eric, was an active duty U.S. Navy SEAL officer from October 1988 to December 1997 and served as a reserve SEAL from 1997 to 2005. He was Chief Architect of Knowledge Management Portal for Alitum, and a project manager for KPMG and Price Waterhouse Coopers. Basu was the President for Global Entertainment Security, Inc. until 2006. Mr. Basu holds an MBA from the Anderson School of Business at UCLA, and is currently a regular contributor to Forbes.com.

To increase the number of cyber security experts he has developed the Haiku Cyber Range a training program which will be launching in a couple of months. The cyber range is a controlled virtual environment where all of the worst fruits of the criminal hacker’s labors can be visited upon an unsuspecting victim — and repelled, again and again, by white hats in training until their craft has been honed and their cyber security profession perfected.

Eric also has a blog site, The Post Objectivist, which highlights the moral obligation of a society to create a meritocracy as well as business and entrepreneur insights.