Julie Heldman, part of the Original 9 and author of “Driven: A Daughter’s Odyssey” 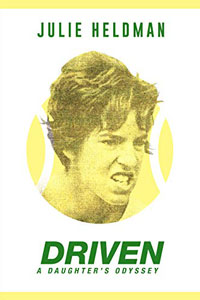 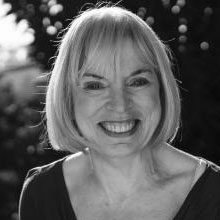 Richard and Julie Heldman discuss the Original 9, her career in tennis and her mother Gladys, founder of World Tennis magazine and engineer of the Women’s Pro Tour. They also talk about how the movie “The Battle of the Sexes” differs from the true story.

Julie Heldman was a member of the Original 9. Julie Heldman was 25-years-old when she got word that the USTA was threatening to ban the nine women who were prepared to sign a $1 dollar contract with Gladys to play the Virginia Slims Invitational at the Houston Racquet Club.

In the mid-20th century, the Heldmans were tennis royalty. Julie was a volatile and gutsy tennis star, twice ranked number 5 in the world. Her mother Gladys Heldman was broadly admired for her unique magazine, World Tennis, and one of the foundational figures in the formation of women’s tennis, engineering the women’s tennis revolution. No one guessed that Gladys’s hidden emotional abuse was the source of Julie’s powerful drive.

Julie Heldman won 22 women’s tennis tournaments, with victories over all the top stars of her era, including Billie Jean King, Margaret Court, Chris Evert, and Martina Navratilova. Julie represented the U.S. on two winning Federation Cup teams and at the 1968 Mexico City Olympics, where she won three medals, a gold, a silver, and a bronze. Her highest women’s rankings were number two in the U.S. (twice) and number five in the world (twice).

Julie’s book “Driven: A Daughter’s Odyssey” is a highly readable insider’s account of a pivotal time in women’s tennis history and an in-depth look at Gladys’s complex character, revealing the story of Julie’s interior journey, both on and off the court.