Mayoral candidate Barbara Bry stopped by to discuss the mayoral race with Richard. They talked about her stance on key issues facing San Diego from scooters and short term vacation rentals to housing, homelessness, and human trafficking. She shares her vision of economic, environmental and social justice equity and her desire to keep local control of land use.

In January Barabara Bry was the first major candidate to formally announce a mayoral run in San Diego’s 2020 mayoral race. 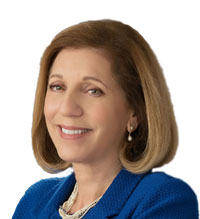 In January Barabara Bry was the first major candidate to formally announce a mayoral run in San Diego’s 2020 mayoral race. Bry ran for City Council in 2016 and represents City Council District 1. She has served as the council’s president pro tem since 2017 and was one of the first elected officials in the city to endorse the SDSU West plan to redevelop SDCCU Stadium in Mission Valley.

Bry is a former journalist and high-tech entrepreneur. After leaving journalism, Bry founded companies such as ProFlowers.com and Athena San Diego, which helps women in STEM industries, as well as Run Women Run, which supports and encourages pro-choice women to run for elected office.

To learn more about Barbara Bry’s stance on issues important to San Diego listen to the show (below) and visit her website: barbarabry.com.