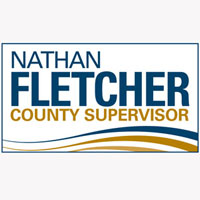 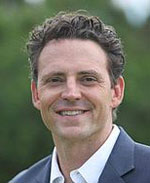 From the Marines to the State Legislature to teaching at UCSD, Nathan Fletcher has a proven record getting things done and making a difference in people’s lives. In the Marine Corps, Nathan served as a Counterintelligence Specialist and did two combat tours in Iraq, the Near East and the Horn of Africa. As an Assemblyman, Nathan was known as one of California’s most effective legislators, passing more than 30 laws to expand healthcare coverage, protect homeowners during the foreclosure crisis, strengthen public safety and increase support services for veterans and the homeless. Nathan authored Chelsea’s Law, landmark public safety legislation that strengthened penalties for violent crimes against children. A Professor of Practice in Political Science at UCSD, Nathan has been teaching courses on public service, political science, California government and American history at the University of California San Diego since 2013. Fletcher’s class on the Voting Rights Act of 1965, was featured recently in the Union-Tribune.

Active in the community, Nathan serves on the board of the Headstrong Project, which provides cost-free, stigma-free mental health care to veterans, is a Director of the Partnership for the Advancement of New Americans, a San Diego-based refugee advocacy organization, and is a member of the Veterans’ Caucus of the California Democratic Party.

Nathan is an avid outdoorsman who enjoys surfing, mountain climbing and competing in Ironman triathlons. He lives in the City Heights community of San Diego with his wife, Assemblywoman Lorena Gonzalez Fletcher, and their four children.

Share:
Merrilee Neal, Incoming Chair of the Susan B. Komen Board of Directors
Baseball Hall of Famer Goose Gossage and Many Others at the Fundraising Golf Tournament for The Training Center