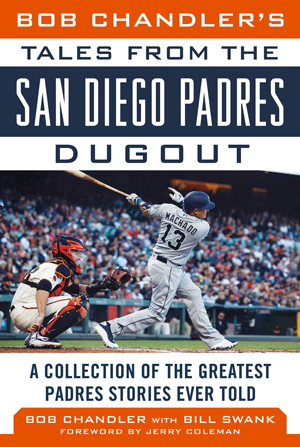 It is hot stove season and the MLB winter meetings are in San Diego. What better time to sit down with a Padre broadcasting legend to talk baseball and the Padres. Richard sits down with Bob Chandler to discuss the Padres past and future and his new book “Tales From the San Diego Padres Dugout” wherein Bob shares his memories of the team to bring readers many inside stories and humorous anecdotes dating back to the team’s birth on May 27, 1968. 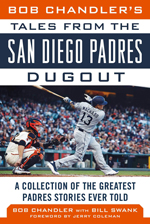 This Book Is a Must-have For Any Padres Fan

Since they burst onto the scene in 1969, the San Diego Padres have taken fans on a roller-coaster ride of ups, downs, and unforgettable moments. In his newly revised edition of “Bob Chandler’s Tales from the San Diego Padres Dugout,” longtime Padres announcer Bob Chandler shares his memories of the team with Bill Swank in an easy-to-read recap of the team’s colorful past.

Chandler and Swank utilize their numerous contacts to bring readers many inside stories and humorous anecdotes dating back to the team’s birth on May 27, 1968. Readers will hear from Padres’ favorites, such as Tony Gwynn, Steve Garvey, Trevor Hoffman, newly signed Manny Machado, and many others as they provide insight and a behind-the-scenes perspective on this beloved franchise. 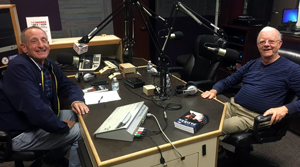 To learn more about Padres baseball past and future listen to the show (below) and get his book from Amazon: Bob Chandler’s Tales from the San Diego Padres Dugout