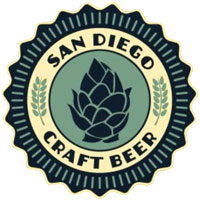 San Diego is the capital of the craft beer industry in the United States and probably the world. Richard interviews three people who were part of the beginning of the craft brewing industry in San Diego, Gina and Vince Marsaglia and Tomme Arthur.

In March of 1987 Gina and Vince Marsaglia, a pair of siblings in their 20′s, bought a struggling pizza place in the sleepy coastal town of Solana Beach, just north of San Diego. Early on, Vince took advantage of free space in the restaurant’s storage area to dabble with home brewing. The hobby took off and at the urging of friends and fans, Vince and Gina decided to go into the brewpub business. Pizza Port offered its first craft-brewed beers to patrons in 1992 and quickly gained a reputation in San Diego’s growing craft beer scene.

These days Gina Marsaglia, a fan of great and inspired beers, is often seen running from beer festival to beer festival promoting the Pizza Ports and Craft Brewed Beer. When not chasing her three children, Gina enjoys running, working out, cooking and dipping into a well-stocked wine cellar for every occasion. She’s a fixture at the Pizza Port in Bressi Ranch where her office is located. She fancies hoppy IPA’s like the rest of us and is a big fan of sour beers as well.

Vince Marsaglia is the other half of the dynamic ownership of Pizza Port. A world-class chef, Vince continues his aspirations of one day hosting his own Food Network Show titled Junk Yard Kitchen. These days Vince is charged with being an ambassador for San Diego’s craft brew scene. When not out spreading goodwill, Vince can be seen cooking for an army of five boys that call him dad.

Tomme Arthur is co-founder and director of brewery operations at the Lost Abbey. Founded in 2006, The Lost Abbey produces an extensive line-up of continental and American- inspired ales and lagers. Under the direction of Tomme Arthur, the brewery has garnered dozens of awards including the 2007 Great American Beer Festival Small Brewery of the Year, The 2008 World Beer Cup Champion Small Brewery and the 2013 Champion Brewery at the San Diego International Beer Festival. The company’s beers, many of which are aged in oak barrels for 12 months or longer, are universally recognized for their complexity, unique flavors, and bold boundary-pushing styles.