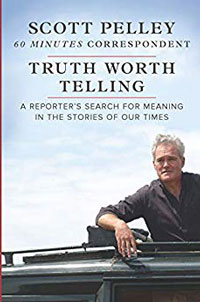 In a two-pronged show, Joe Vecchio filled in for a vacationing Richard Muscio to interview CBS news veteran Scott Pelley and Dr. Gordon Saxe, founding member and Director of Research at the UCSD Center for Integrative Medicine. 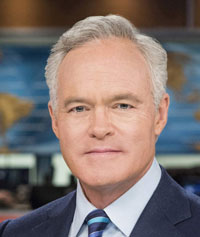 Scott Pelley has been a reporter and photographer for more than 45 years. He is best known for his work on 60 Minutes and as anchor and managing editor of the CBS Evening News. Pelley’s work has been recognized with 3 DuPont-Columbia Awards, 3 Peabody Awards, the Walter Cronkite Award for Excellence in Journalism, and 37 Emmy Awards. Pelley is the most awarded correspondent in the history of 60 Minutes. He talks with Joe about some of the stories from his engaging new memoir, Truth Worth Telling: A Reporter’s Search for Meaning in the Stories of Our Time, Scott Pelley writes as a witness to events that changed our world. In moving, detailed prose, he stands with firefighters at the collapsing World Trade Center on 9/11, advances with American troops in combat in Afghanistan and Iraq, and reveals private moments with presidents (and would-be presidents) he’s known for decades. Pelley also offers a resounding defense of free speech and a free press as the rights that guarantee all others. 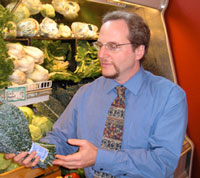 Joe discusses with Dr. Gordon Saxe about his journey to become the Director of Research and founding member of the UCSD Center for Integrative Medicine, and co-developer of the UCSD Natural Healing & Cooking Program. Dr. Saxe is a national expert in cancer and complementary and alternative medicine, and most well-known for his pioneering work in the combined use of a plant-based diet and body-mind stress reduction to control the progression of advanced prostate cancer. As a founding member of UCSD’s Centers for Integrative Health, Dr. Saxe’s research has encompassed everything from the bacteria of the gut microbiome to complementary and alternative forms of medicine. He is perhaps best known for his groundbreaking research relating the beneficial effects on recurrent prostate cancer patients of interventions centered on body-mind stress reduction and a plant-based diet.