The Changing Game of Baseball with Hall of Famer Goose Gossage 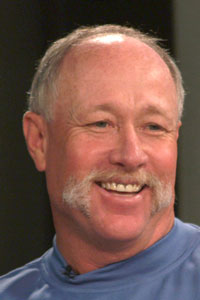 Ask a baseball fan about Richard Gossage and you might get a blank stare, but if you ask about Goose Gossage they will know who you are talking about.

Richard sits down with Goose Gossage to discuss the changes in modern baseball, especially the changes in pitching — and how nowadays relief pitchers often only pitch one inning. And Goose would know, he was elected to the Baseball Hall of Fame in 2008 — he’s one of only six relief pitchers in the Baseball Hall of Fame. He played 21 seasons for nine different teams, spending his best years with the New York Yankees and San Diego Padres before retiring in 1994. In the late 1970s and early 1980s, Goose Gossage was one of the earliest manifestations of the dominating closer, with wild facial hair and a gruff demeanor to go along with his blistering fastball. One difference between Gossage and more recent closers is that Gossage often pitched as many as three innings to finish a game, while modern closers typically pitch the ninth inning only. 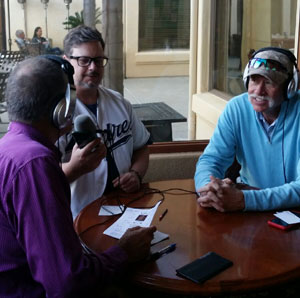 During his career, Gossage pitched in 1,002 games and finished 681 of them and earned 310 saves. He made nine All-Star appearances and pitched in three World Series. He led the American League in saves in 1975, 1978 and 1980. He holds the New York Yankees career record for ERA and hits per nine innings.

To learn more about Goose Gossage, listen to the show (below) and check out his autobiography, penned in 2000, The Goose is Loose.

Share:
Baseball Hall of Famer Goose Gossage and Many Others at the Fundraising Golf Tournament for The Training Center
Anthony Lombardi, CEO and Jeffery Dunham, CIO of the Lombardi Family Office