What is the “Secret Knock” with Greg Reid and Jeff Klubeck? 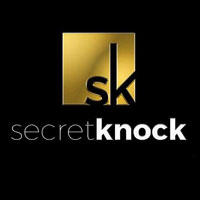 “Knock, Knock!” Who’s there? It’s a secret. Richard talks about an organization called Secret Knock with his guests Greg Reid and Jeff Klubeck. Secret Knock is not really that much of a secret. It is a premier business event you can’t attend — unless you’re invited. Secret Knock brings together the best and brightest minds in the world to create the #1 most valuable business networking event ever created. Attendees comprise some of the most influential minds in this world, from the former President of Mexico — to the inventor of the credit card. It was named a “Can’t-Miss Conference for Entrepreneurs” by Forbes and Inc magazines

For over 25 years, Greg has inspired hundreds of thousands of people to to step into the potential of their greatness and, as such, his contribution has been recognized by government leaders, a foreign princess as well as luminaries in education, business, and industry. Greg has published, co-authored and been featured in over 50 books, 28 best sellers in 45 countries and featured in countless magazines. His record-setting book, Three Feet from Gold, was the first title in history to be published by top retailer Barnes and Noble through their sister company, Sterling. The title was a worldwide sensation and was translated into over thirty languages within the first six months of publication. Mr. Reid is the creator, writer, and producer of the internationally acclaimed films Pass It On, Three Feet from Gold, and Beyond the Knock. He produced a major feature film, Wish Man, about the founder of the Make-a-Wish Foundation, Frank Shankwitz.

Jeffrey Scott Klubeck is all about “expanding self and business!” Jeffrey has parlayed his Communication Degrees (BA/MA) with practical sales, management, training, recruiting and leadership experiences to become a world-class coach and consultant. Jeffrey’s insights and motivation transform individuals and organizations through applications of leadership education and the lasting impact of the coach/client relationship. As a Professor of Communication, Jeffrey has also taught Public Speaking, Argumentation, Critical Thinking and Group Interaction to adult learners at the college level for over twelve years. Jeffrey operates his personal and professional development company, GETaKLU, based on the principles of service, the power of education, and the tools of communication. Jeffrey adheres to a formula that applies assessment, strategy, and accountability to the client’s specific goals and professional growth.

To learn more about Secret Knock, listen to the show (below) and visit the website: Secret Knock.

The show was honored with five awards at the San Diego Press Club Awards on October 29th. Host Richard Muscio swept the Radio/Podcast: Specialty Reporting-Series category with first, second and third place awards for his series of shows focusing on tennis, professional tennis, and rise of professional women’s tennis.